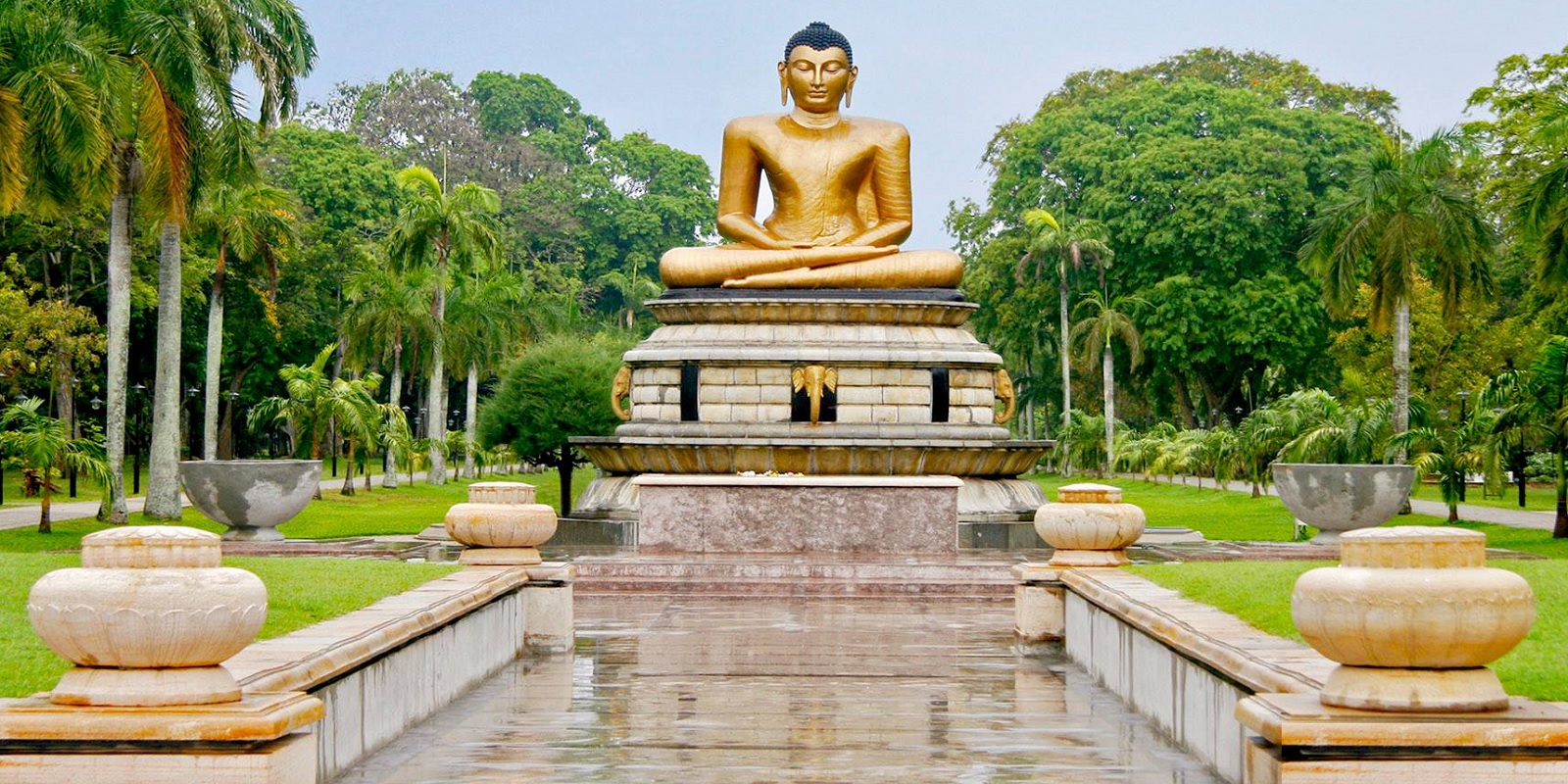 The Viharamahadevi Park, originally named as ‘Victoria Park’ after Queen Victoria, is a public park situated in front of the Town Hall building in Colombo. The park was renamed in 1958 after the Queen Viharamahadevi, the mother of King Dutumagmu who believed to be one of the greatest kings in the Sri Lankan history.

Although surrounded by busy roads and buildings in Cinnamon gardens in Colombo, Viharamahadevi park is a lovely patch of greenery and ideal for fun games, gatherings, sun bathing and for many more. The park has a huge Buddha statue, series of water fountains, a mini zoo and a children’s play area.