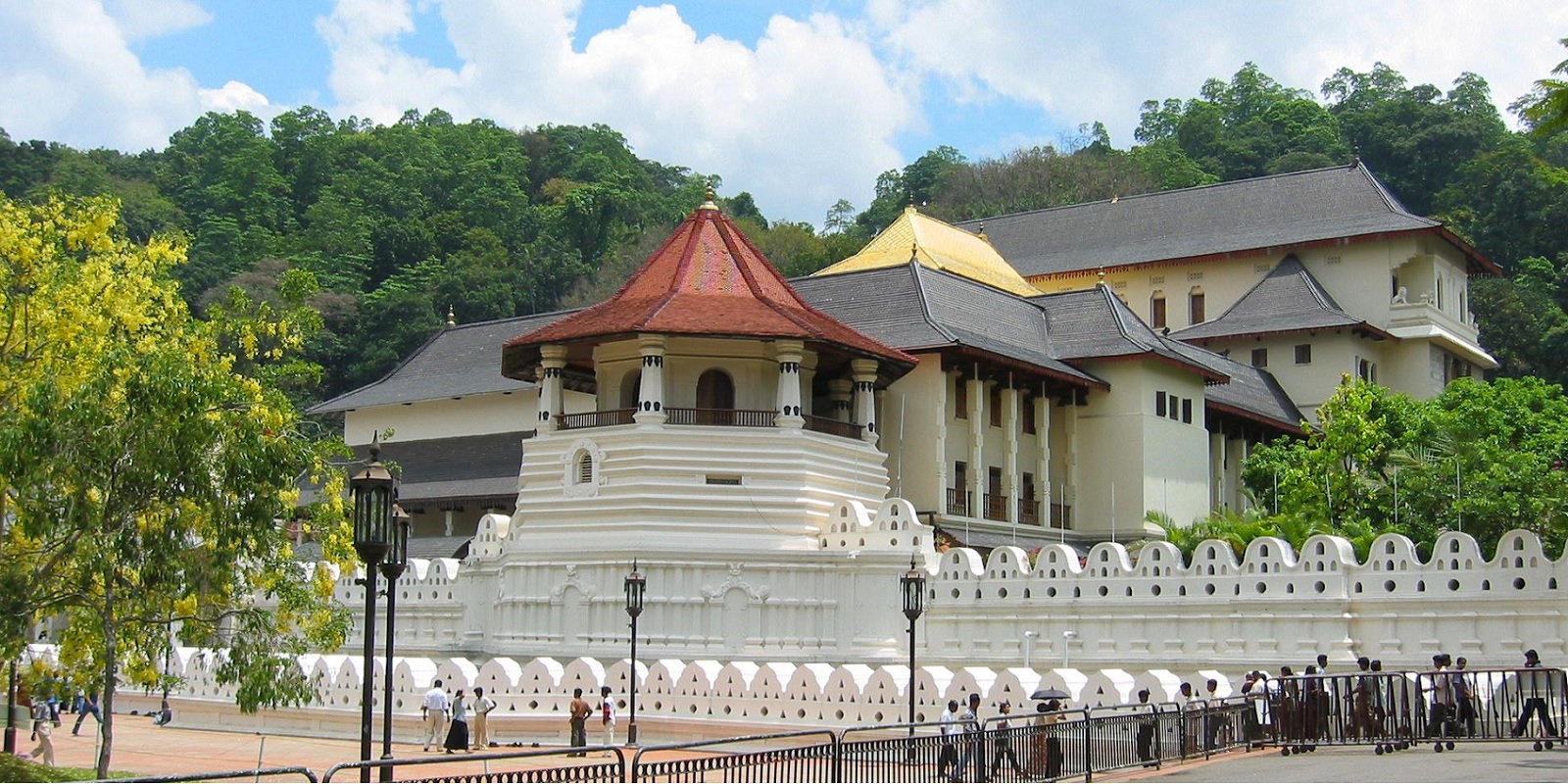 Sri Dalada Maligawa, known as the Temple of Tooth, is situated in the heart of Kandy city in Sri Lanka and cluster around Kandy Lake. Kandy is the last capital of the Sinhala monarchy five centuries ago and has been declared as a world heritage site by UNESCO because of the significance of the temple.

The temple houses the sacred tooth relic of the lord Buddha which is kept in a two-story inner shrine fronted by two large elephant tusks inside Temple of Tooth. The relic rests on a solid gold lotus flower, encased in jewelled caskets that sit on a throne.

Three times a day daily, rituals are conducted by the monks of the chapters Malwatta and Asgiriya in the inner chamber of the Temple of tooth, in annual rotation. On Wednesdays there is a symbolic bathing of the Sacred Relic held in Temple of tooth with a herbal preparation made from scented water and flagrant flowers, called ‘Nanumura Mangallaya’. This holy water is believed to contain healing powers and is distributed among those present.